TRUMAN and THE KING OF HAVANA nominated at the GOYAS!

TRUMAN, a humorous, honest and moving portrayal of two life-long friends' journey to accept death as just another part of life, has been nominated for the awards of Best Film, Best Director, Best Actor, Best Supporting Actor, Best Original Screenplay and Best Editing.

The nominations come after an already excellent reception at the Spanish box office, and consolidate the film as one of the best of the year.TRUMAN had its Spanish theatrical release on the 30th October and is still playing at cinemas across the country, with over half a million people already having seen the movie in Spain (Source: Rentrak Spain).

TRUMAN was produced by Marta Esteban for Imposible Films and Trumanfilm AIE and Diego Dubcovsky for BD Cine and co-produced by K&S Films and Telefé, with the participation of TVE, TV3 and Movistar+/Telefónica Studios. National and international distribution of the film is being handled by FILMAX, who have already sold the title to over 50 countries. Theatrical releases have already been confirmed in some of the main European and Latin American territories in the coming months.

THE KING OF HAVANA, Agustí Villaronga's latest offering, has been nominated for 3 GOYA awards. The film has already enjoyed award success this year, after taking home the San Sebastian film festival's Silver Shell award for Best Actress in September.

THE KING OF HAVANA has earned nominations in the categories of Best New Actress, Best Cinematography and Best Adapted Screenplay. The film, which is based on the controversial novel by Pedro Juan Gutiérrez, tells the story of Reinaldo, a young Cuban boy recently escaped from a reformatory who is trying to get by on the streets of Havana in the late 1990s, one of Cuban history's most difficult decades.

The movie is a co-production from Luisa Matienzo for Pandora Cinema and Tusitala (Spain) and Celinés Toribio for Esencia Films (Dominican Republic), with the participation of TVE, Canal+, Televisió de Catalunya, Ibermedia, ICEC and ICAA.

The 2016 GOYA award ceremony will take place on 6th February in Madrid. 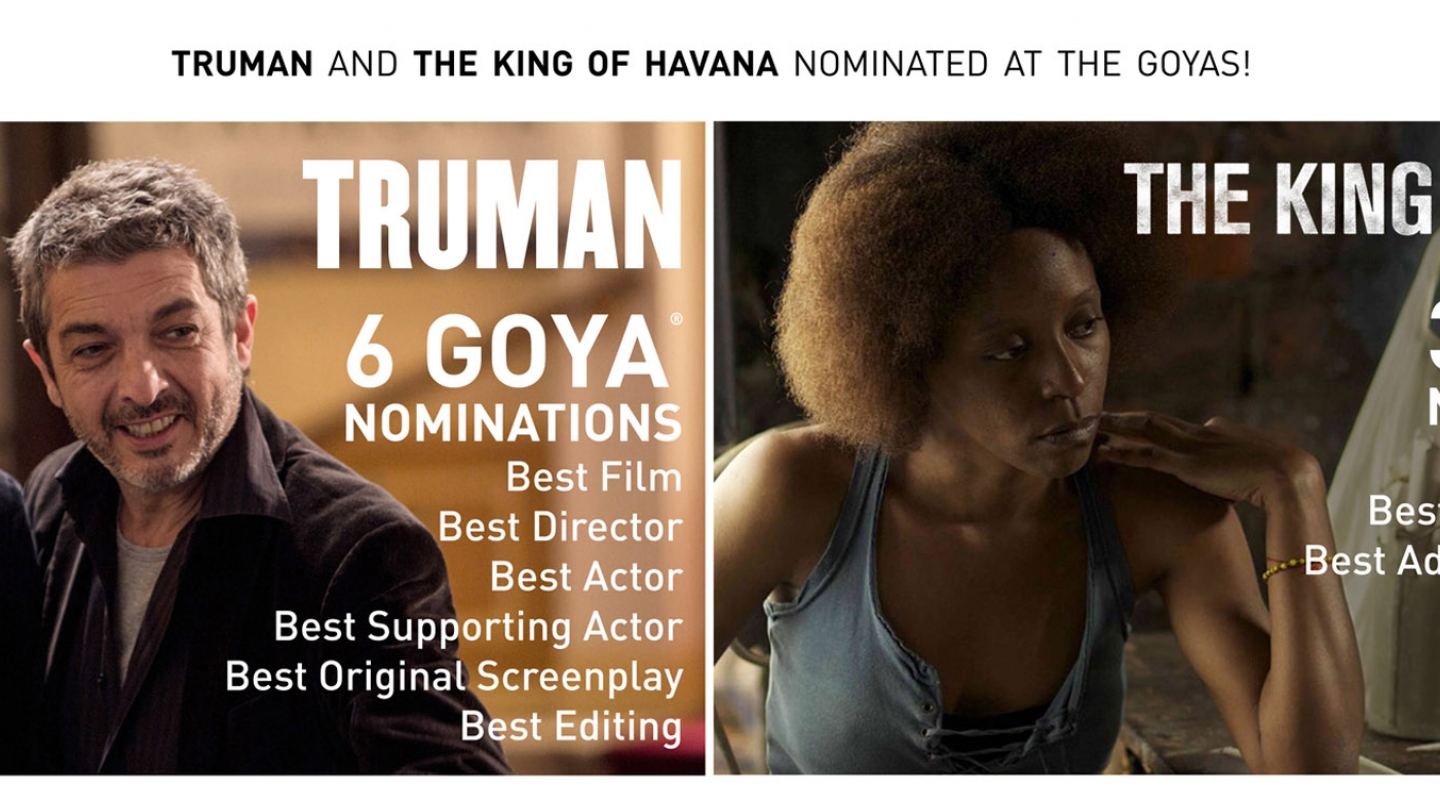