Filmax will present MR HAND SOLO at Mipcom, a documentary based on the incredible true story of David Aguilar, a teenager with Poland Syndrome, whose passion for Lego led him to design and create his own prosthetic arm.

Filmax will present MR HAND SOLO at Mipcom, a documentary based on the incredible true story of David Aguilar, a teenager with Poland Syndrome, whose passion for Lego led him to design and create his own prosthetic arm. The film, directed by Héctor Romance and produced by José Pozo (Solo) and Ferran Aguilar, is currently in the post-production stage and will be ready at the beginning of next year.

With this acquisition for both Spain and international, Filmax continues its recent foray into the distribution of quality documentaries. “We're delighted to bring such an inspirational and passionate story like David's to a market as important as Mipcom. We believe this documentary will generate a lot of interest from audiences around the world and that we'll make some great sales” says Iván Díaz, Head of International at Filmax.

David Aguilar, the film's protagonist, is clear about his own objectives in making this movie: “I'm 100% sure that telling this story about how I overcame life's obstacles will help many people around the world, whatever their relationship to disability may be. With this documentary, I want to encourage people to never give up and to keep fighting for their dreams. If we work hard and fight for what we want in life, nothing is impossible.”

David Aguilar is a teenage boy who lives in Andorra. He was born with Poland Syndrome, a disorder that led to him having a deformed right arm. But David never let his disability interfere with his passion for Lego. As a child, David would construct vehicles and toys with the world-famous building blocks, something that would eventually lead him to build his very own prosthesis out of Lego, and he’s been improving it ever since.

David’s first attempt at building an artificial limb out of Lego came at just 9 years old. However, the building blocks available at the time just weren’t strong enough to withstand the requirements of daily life. Several years later, David used a Lego helicopter kit to build a completely new arm out of a much stronger material. The result was so successful, that David actually updated his arm with another model at the start of this year. This time, he used parts from a jet plane model kit.

David’s engineering skills go a lot further than this, however. He was also able to install a battery that functions as a bicep, as well as a fishing line that allows him to maneuver his arm like an able-bodied person would. Apart from his passion for Lego, David is also an EDM DJ, who goes by the name “Hand Solo”.

MR. HAND SOLO will be presented to international buyers for the first time at Mipcom, where they will be able to see a first promo. 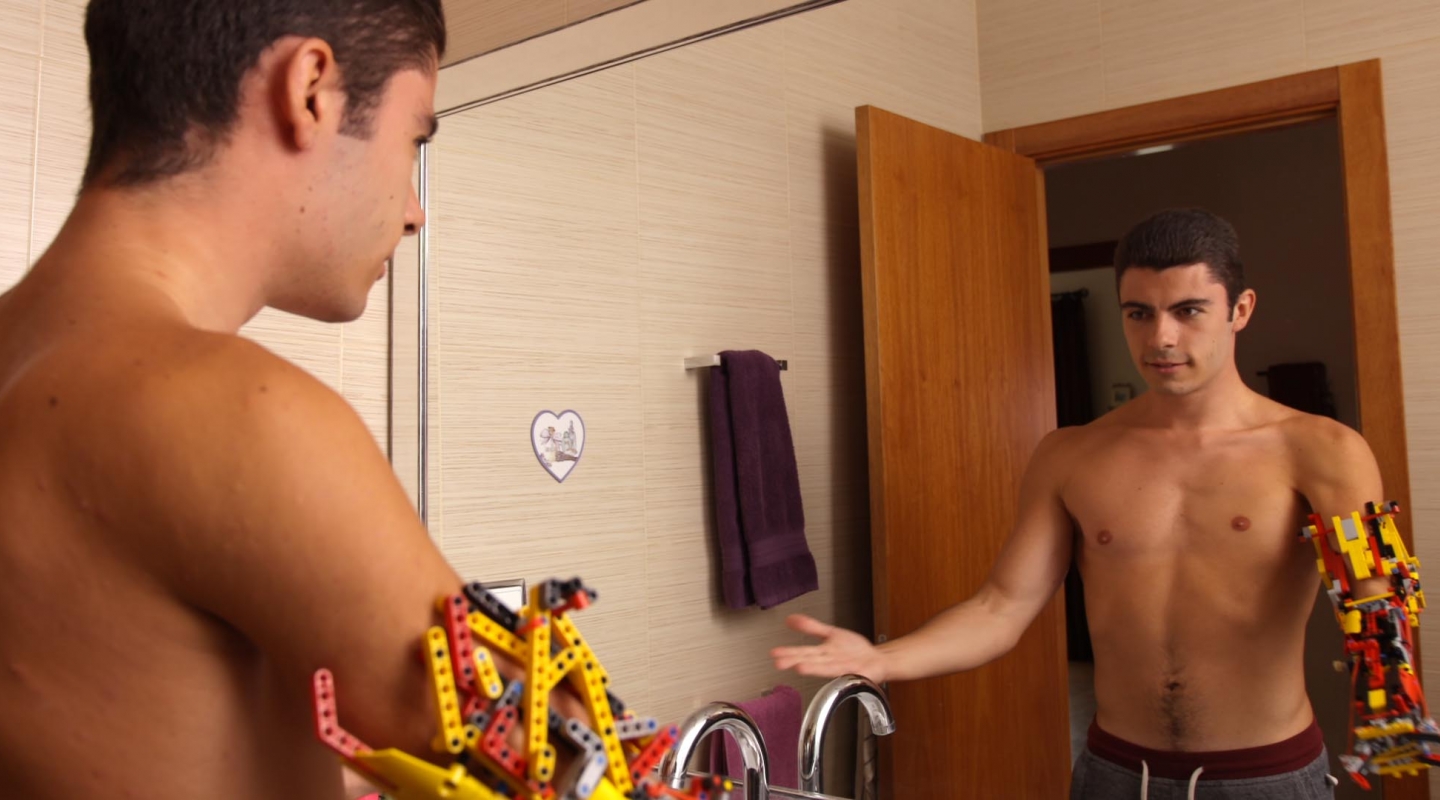