‘Barça Dreams’: the movie that travels to the Club's soul

‘Barça Dreams’, produced by Jorge Lorenzo, comes out on October 9 and tells the story of the most important people in FC Barcelona’s 115 year history

Barça Dreams, the brand new movie about FC Barcelona was presented today in the Antiga Fàbrica Damm in Barcelona. The launch was attended by its director Jordi Llompart, MotoGP rider and the film’s producerJorge Lorenzo, and the president of the Barça Players Group, Ramon Alfonseda.

The movie has taken two years to make, during which time historic material has been gathered, images of games have been recorded and 3D animations have been created, along with a series of interviews that form the main thread of the production.

The final result, Barça Dreams, is an emotional journey into the soul of the Club as explained through some of the most important figures in its 115 year history, from founder Joan Gamper through to Leo Messi, and including such legends as Kubala, Cruyff and Ronaldinho, all of whom are essential for understanding how the Club came to develop its own unique playing style, and one which has consistently been the focus of worldwide admiration.

Director Jordi Llompart comments that “Barça deserved a documentary film like this, which explains why its history is so unique and explores its revolutionary contribution to the modern football spectacle … A lot of Barça fans, especially abroad, will be surprised by the different anecdotes and historical facts that reveal the extent to which Barça is much more than a mere sports club”.

Jorge Lorenzo continued by saying that “it has been an honour to form part of this project and to help everyone to understand why Barça is more than a club”.

“The movie reflects the Barça sentiment to perfection, as well as how the Club is identified with the Catalan nation and culture”, adds Ramon Alfonseda.

Barça Dreams is a project by the GEN IMAGE MEDIA production company. The project also involved ENTROPY STUDIO, TVC and TVE, as well as enjoying full collaboration from FC Barcelona. The movie will be distributed internationally by FILMAX and has already been released to great acclaim in Mexico. 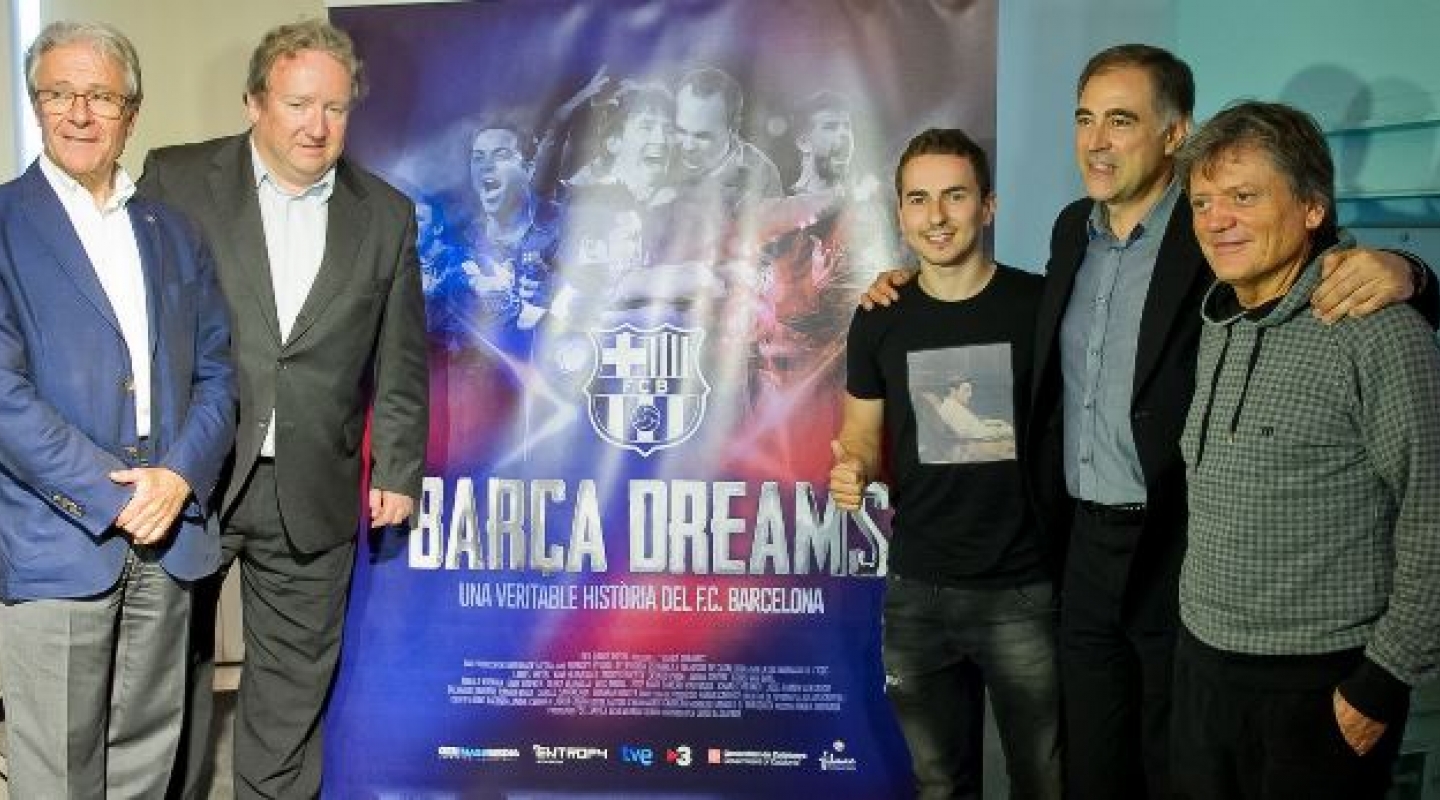