Cesc Gay’s Truman was the big winner Saturday night at the 30th Goya Awards ceremony, landing five statuettes of the six it was nominated for, including film and director honors as the Spanish Film Academy sprinkled prizes across the top contenders.

Much-loved and oft-nominated Argentine actor Ricardo Darin walked away with his first Goya for his starring role in the friendship drama, as did supporting actor Javier Camara.

Isabel Coixet’s Nobody Wants the Night, which opened last year's Berlinale, snagged technical awards for wardrobe, hair and makeup and production design, but star Juliette Binoche left empty-handed for her role at the North Pole.

“I was happy just to be able to see Juliette Binoche in person,” lead actress prize-winner Natalia de Molina announced with Goya in hand for her role in Techo y Comida, after beating out Binoche and Penelope Cruz, who both vied for the honor. Cruz, sitting next to husband Javier Bardem, was nominated for her role in MaMa.

Fernando Leon de Aranoa’s A Perfect Day earned the socially committed filmmaker the nod for best adapted screenplay, but the emotional note of the evening came in the form of new director winner Daniel Guzman’s Nothing in Return.

Not only did the first-time helmer take home a Goya, but the pic's Miguel Herran, who was named best new actor, said Guzman “gave him a life” by transforming him from a lost kid into an actor. But it was Guzman’s 93-year-old grandmother, Antonia Guzman,  who remained by his side, holding his hand all night, who had starred in her grandson’s film and garnered the most attention.

Dani Rovira, lead actor in Spain’s top-grossing film of 2015, A Spanish Affair 2, played master of ceremonies before an audience that included more dignitaries from the political and cultural spheres than in previous years. In addition to Binoche, Cruz and Bardem, writer Mario Vargas Llosa and Tim Robbins were two international faces on hand for the event.

Ironically, with most of the players from the political landscape in the house, the gala lacked the political jabs that have marked it in years past.

New academy president Antonio Resines made only a passing remark about efforts to eliminate the 21 percent sales tax on movie admissions. He did, however, address the country’s still-rampant piracy.

“In 2015, 1,900 films were downloaded illegally per minute in Spain,” said Resines. “More needs to be done, obviously. The laws were made to be enforced,” referring to last year’s anti-piracy legislation. 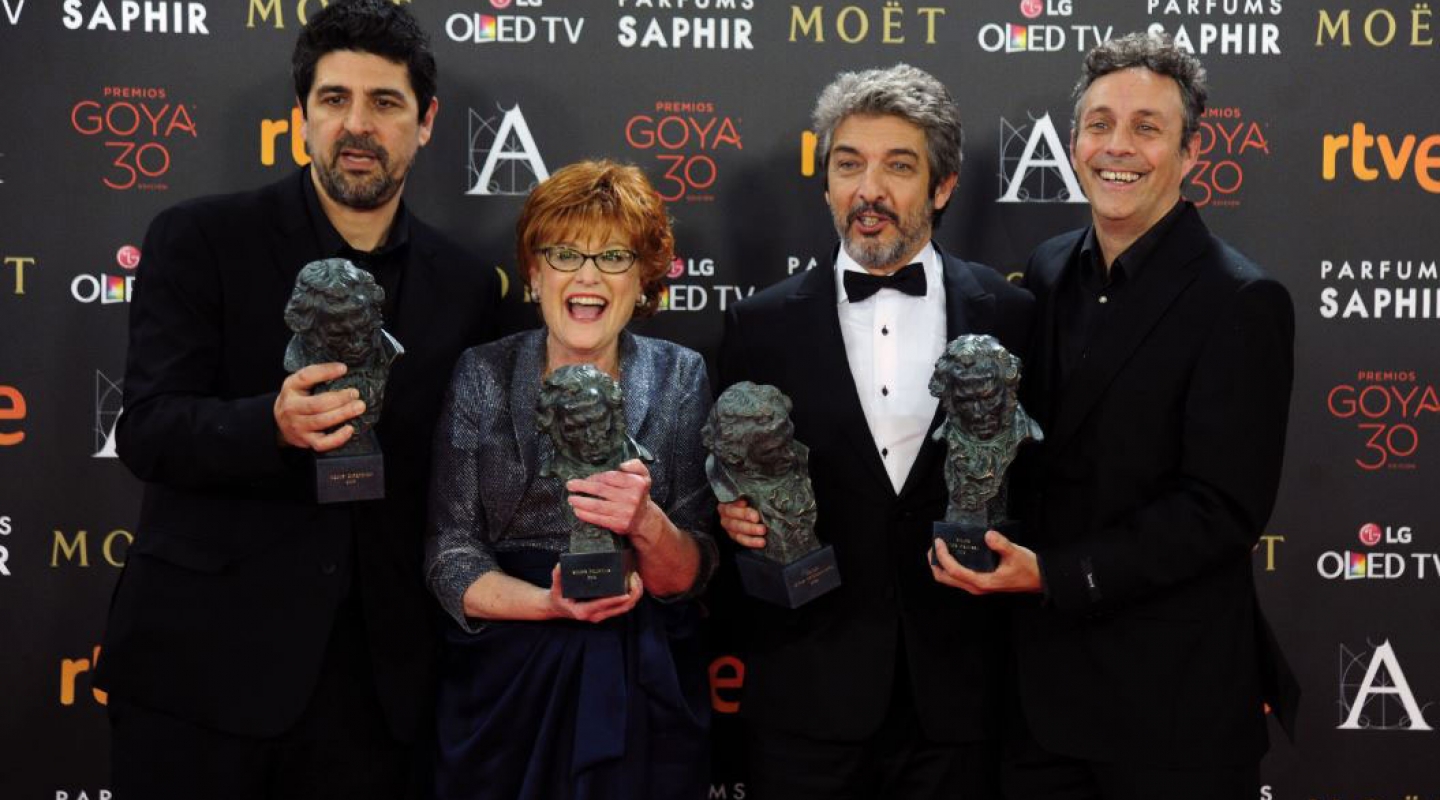