THE RED BANDS #1 in Italy again!

BRACCIALETTI ROSSI season 2 premieres to an audience of 6.8 million.

The second season of Braccialetti Rossi, the Italian adaptation of worldwide hit TV series THE RED BAND SOCIETY, was the undisputed audience leader in its time slot on Sunday night, with a 24.3% share and over 6.8 million viewers tuning in. The show finished a massive 9 points ahead of its closest rival on the most watched list.

The series also became a Trending Topic on Twitter with the hashtag #ValeBraccialetti.

For RAI1, the flagship channel of Italy’s national public service broadcaster and the most watched channel in the country, the series represents one of its most important fictional series of the season.

Italy is not the only country where a Red Band adaptation has triumphed; Chile, Russia and Peru all have their own versions of the popular show and in the US, none other than Steven Spielberg produced his own adaptation. The original Catalan series has also seen international success, having been broadcast in countries such as Mexico, Argentina, Uruguay, France, Finland, Sweden and even the US.

“The Red Band Society” nominated at the EMMY KIDS awards.

The original series, THE RED BAND SOCIETY, produced by Filmax for TV3 (Television de Catalunya) has been nominated for BEST KIDS SERIES at the third edition of the International Academy of Television Arts & Sciences’ EMMY KIDS awards. THE RED BAND SOCIETY is one of only four finalists in its category and will up be against Australian productionsDance Academy Series 3 and Nowhere Boys and Brazilian show Gaby Estrella. The winner will be announced at a special awards ceremony which takes place place on 20th February in New York.

This is the first time that a Spanish, fictional children’s TV show has been nominated at the prestigious EMMY KIDS awards show, which recognizes outstanding work in television productions aimed at young people.

The Red Band Society, which was created by Albert Espinosa and directed by Pau Freixas, tells the story of six young friends who meet while spending time in a children’s hospital. The humor and tenderness with which the story is told has struck a chord with audiences around the world. 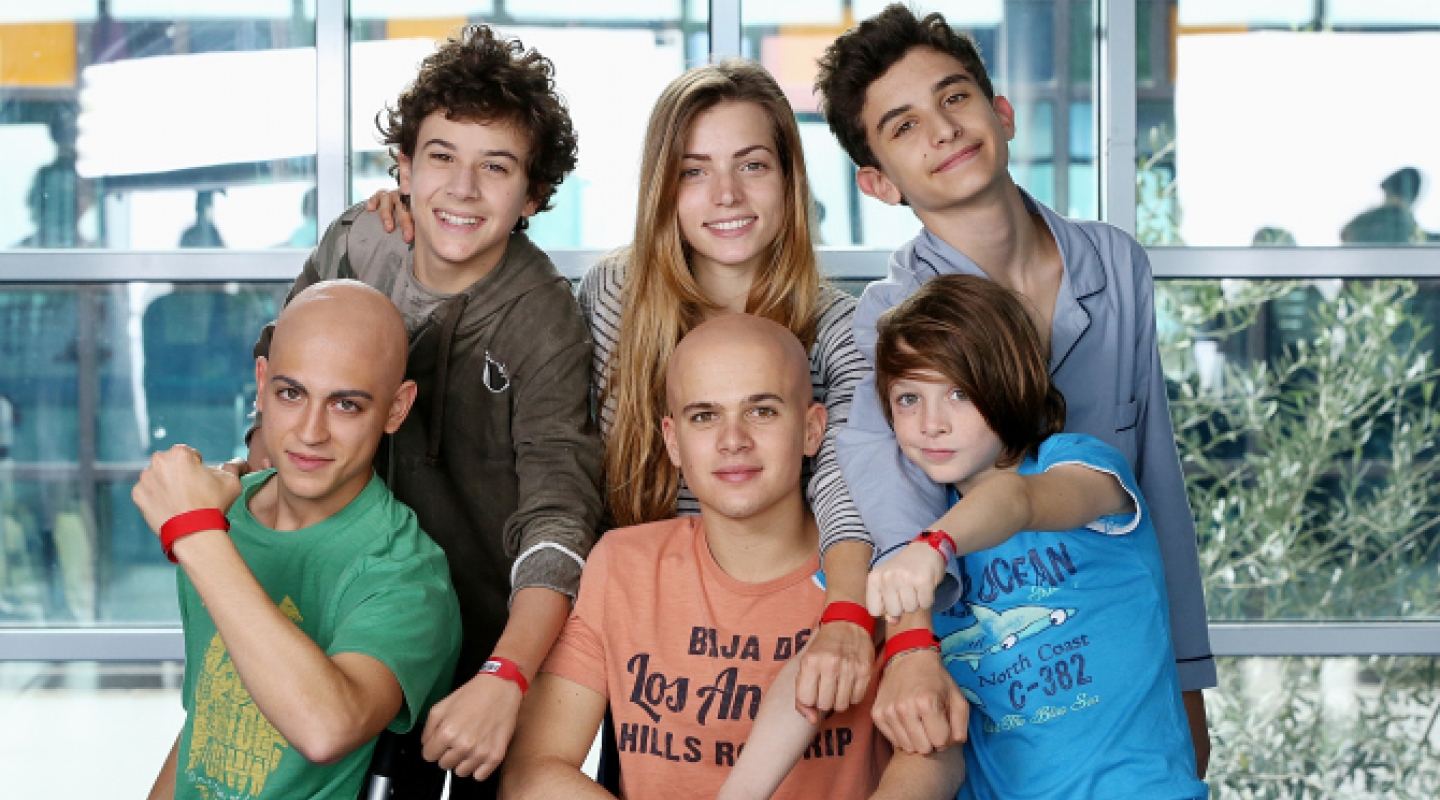