THE MOTIVE, by Manuel Martín Cuenca, takes home the FIPRESCI award at TIFF

Martín Cuenca has become the first Spanish director to take home the prestigious prize, which is awarded as part of the Special Presentations section of  the North-American festival.

The Special Presentations section which the film was premiered in, is reserved for only the most relevant directors in world cinema. Other titles in the same section included Mother!, Battle of the Sexes, The Shape of Water and Three Billboards.

Filmax is handling the international sales of the film, which will be shown to buyers at the upcoming SAN SEBASTIAN Film Festival (Main Competition), BUSAN (World Cinema) and the AFM. Spanish audiences will be able to see it when it arrives on cinema screens all over Spain on the 17th November.

The International Federation of Film Critics has given the FIPRESCI Award to THE MOTIVE, the new film from Manuel Martín Cuenca, which had its world premiere at the Toronto International Film Festival (TIFF).

TIFF is not a competitive festival, yet several awards are handed out each year by audiences and critics alike to the most well-received films. The section in which THE MOTIVE was presented, Special Presentations, is judged by a jury comprising of demanding, international film critics and was this year presided over by influential American film critic Jonathan Rosenbaum (Artforum, Film Comment and Sight and Sound). Rosenbaum thanked the festival's programmers for giving them the opportunity to enjoy and choose between such a wonderful selection of titles.

In this year's section, Manuel Martín Cuenca was up against the most recent work of such cinema greats as Wim Wenders, George Clooney, Angelina Jolie, Darren Aronofsky, Alexander Payne, Guillermo del Toro and Stephen Frears, as well as Aaron Sorkin's directorial debut, which only goes to highlight the importance of the award for the Spanish director.

Receiving the FIPRESCI award is an amazing boost for the film, which now continues its festival run by competing in the Official Section of the San Sebastian Film Festival, where the movie will be screened on Saturday 23rd September.

THE MOTIVE, which will be released theatrically in Spain on 17th November by FILMAX, is the fifth feature-length film from the Spanish director, who also wrote the script, along with Alejandro Hernández, to bring Javier Cercas' homonymous novel to the big screen.

The movie, which was shot on location in Seville, a city which really leaves its mark on the film, was produced by ICÓNICA, LAZONA and LA LOMA BLANCA PC. in co-production with Mexican producers ALEBRIJE, CINE Y VIDEO and received the support of ICAA, the Junta de Andalucía, Televisión Española and Canal Sur.

Alvaro dreams of becoming a great writer, but he is incapable of producing anything other than tedious, pretentious drivel. He works as a clerk for a notary in Seville and his passion for writing is the only thing that brightens up his otherwise dull existence. His wife Amanda couldn't be more different. She's always been down-to-earth and never dreamed of becoming a writer, yet she's the one whose first novel ends up being a best-seller. Just one of life's little ironies...

The couple's separation is inevitable and acts as the push Alvaro needs to finally realise his dream of writing a great novel. But when he finally sits down to write, he can't do it... He not only lacks talent, but imagination as well. Guided by his writing teacher, Juan, Alvaro discovers that truly great fiction is drawn from reality and so embarks on a mission to create his own story. By manipulating his friends and neighbours, Alvaro gets his plot, but will his true story have a happy ending...? 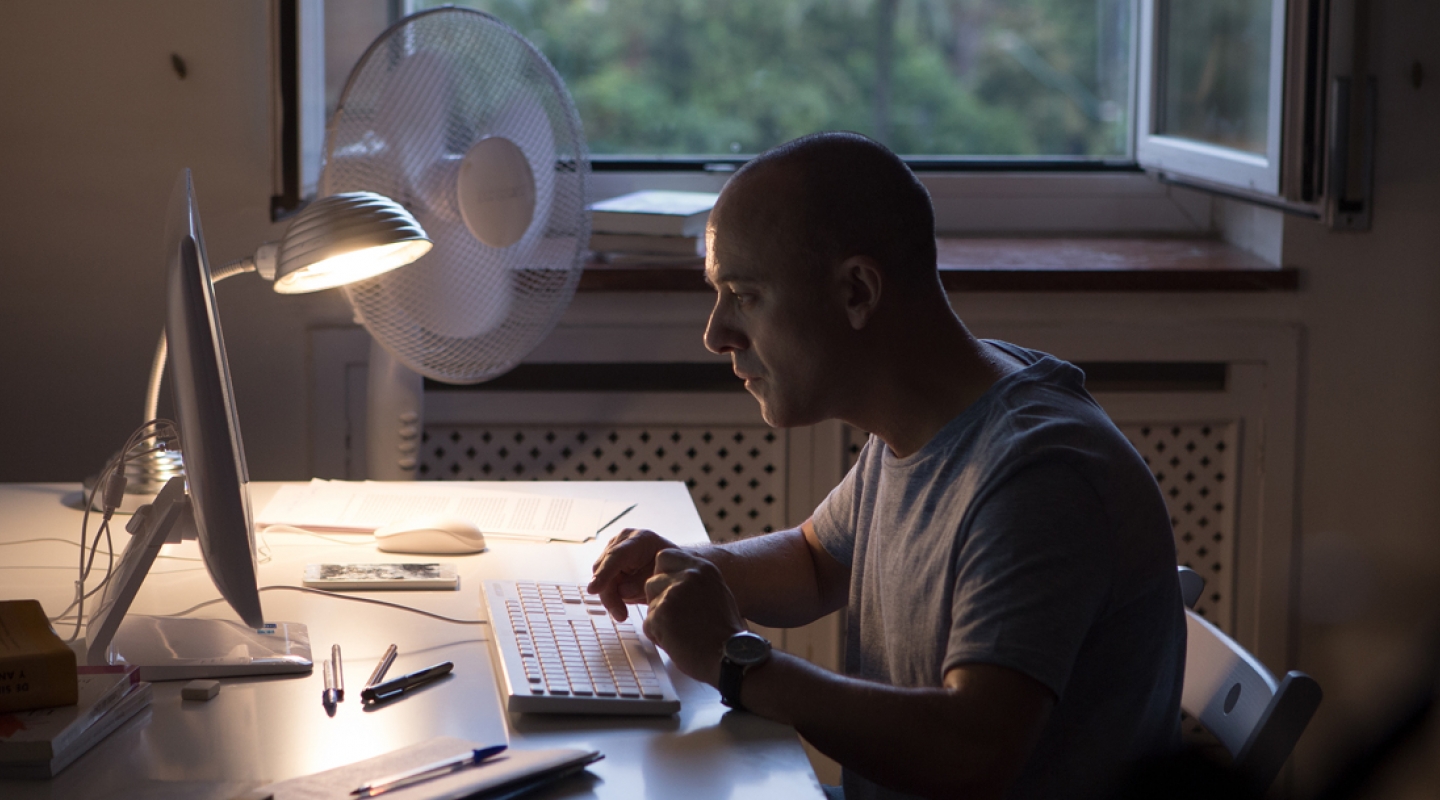