SAN SEBASTIAN — After the measured family psychodrama (2011’s “Half of Oscar”) and a plush horror-romance (2013’s “Cannibal”), Manuel Martin Cuenca, a maybe still underrated Spanish autor, returned to Toronto this September with his third feature to world premiere at the Canadian festival: “El autor” (The Motive), which won the Special Presentations Fipresci Critics Prize from a Jonathan Rosenbaum-headed jury.

Sold by Filmax International, and produced by Spain’s Lazona Films (“Spanish Affair”), Icónica Producciones (“The Dead Man and Being Happy”) and Cuenca’s own label, La Loma Blanca – “Instructions Not Included”’s Alebrije Cine y Video co-producing out of Mexico – “The Motive” now has its European premiere playing in main competition at San Sebastián.

Set in a sunny Seville, and written with longtime co-scribe Alejandro Hernández, “The Motive” marks another departure in register, a sometimes laugh-out-loud dramedy about a would-be writer Alvaro who, bereft of imagination and talent but, lectured that true fiction is inspired by reality, begins to manipulate the lives of his neighbors to inspire drama which will feed into his prose.

That comedy plays out over the film’s direction. “The Motive” abandons the stately long shots of “Half of Oscar” and “Cannibal” for a much more flexible set-ups.

Martín Cuenca’s fifth fiction feature, “The Motive” also amps up set-design to reflect Alvaro’s state of mind with a laughable literalness –  such as in the laugh-out-loud blankness of the unfurnished white apartment he moves into as he struggles with a blank page – or to point up his febrile possibility of success, as in the fantastically cluttered salons of his neighbors, a pious concierge and a retired Franquist military man. Both are brimming in character detail, so literary potential for the struggling author Alvaro.

But Martín Cuenca is an auteur. Despite the hokum, “The Motive” returns to his central intuition, which informs “Half of Oscar” and “Cannibal:” the deep contrast between people’s primal instincts for survival and betterment and boiling pyscho-pathological inner world on one hand and that of outward appearance on the other, encapsulated here, most centrally, in the overriding ambition – and damn the consequences – of a lowly notary’s clerk to write a great novel.

Martín Cuenca talked about his ironic portrait of a world of visceral ambition as he prepared to present “The Motive” in San Sebastián’s prime festival real-estate slot of its first Saturday night.

”The Motive” returns in some ways to a central sensation in “Half of Oscar” and “Cannibal”: the deep contrast between a man’s boiling pyscho-pathological inner world and outward appearance…..

Yes, but this time round, I tried to talk about obsession with irony. Possibly because creativity, or its lack, the subject of the film, is something that affects me closely. It didn’t seem appropriate to treat it solemnly. The anguish and pleasure of a idiot who wants to create have the same origins as for someone with talent: the search. Alvaro finds his happiness as a collateral result of that search. In the end, he doesn’t need recognition because it does not matter how others judge him anymore, he just writes. Of course, he is also selfish and manipulative.

That contrast could be extended – though at a lesser degree – to many characters in the film, I think. Again, could you comment?

For me, the person closest to Alvaro is his literary teacher, a more morally abject character than Alvaro because he knows that he has neither the talent nor the ability to write, but  shields himself behind his “mastery” to hide his incompetence. The Mexican characters, however, are different. They feel manipulated and react. If Álvaro had not treated them as puppets, the story would have been different. The concierge is, for me, a kind of Madame Bovary, a mature woman who has not yet known love and who is the victim of a moral travesty: Making her believe that she is loved.

The film’s dramedic tone plays out across the film’s directio, in for example camera set-ups which abandon the long takes of “Half of Oscar” and “Cannibal.” Again, could you comment?

The story and its tone demanded another kind of staging, not as radical as “Half of Oscar” or “Cannibal.” It is not a denial of anything. rather a search, an evolution. I have always believed what John Ford said, – that you don’t really become a director until you’ve made 20 films. Nowadays, the directors shoot little, so we do what we can when the time comes. It is not a justification but a fact. Our source of work is ignorance and daring.

Set design and wardrobe (or lack or wardrobe) seem important for the film and particularly its comedy. I sense you had great fun with this….

The art of a film and the locations are something that I like to deal with very closely, as well as color and frames, and the lenses we should use in every shot. I’m pretty manic in that sense. I try to make every choice have a spiritual meaning. Characters are the place where they live, in addition to their actions, looks and words. From that perspective, I try to tell the story by thinking of each scene as a theatrical performance where what is there is always significant.

How did you direct such fine actors as Javier Gutierrez, María León, Antonio de la Torre.

They are excellent actors. That is the basis of everything. Casting is the first work of directors, if you get that wrong, there’s no way back. The second step is to gain their confidence, to show them that the movie matters to you, that you are asking for the maximum from yourself so as to have the legitimacy to demand it from them as well. When an actor enters the world of the film and allows themselves to go with its flow, something magical occurs. 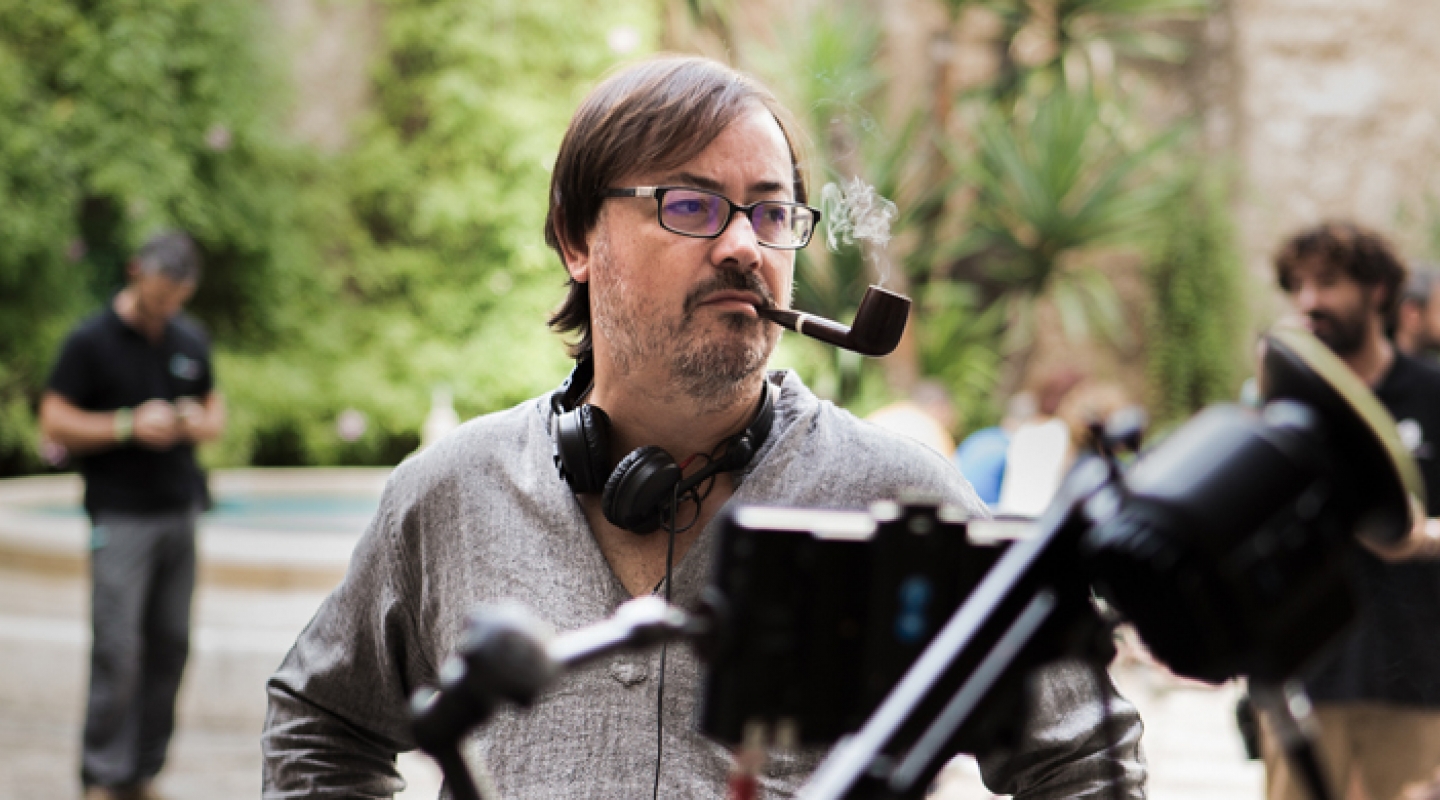