IN DARKNESS WE FALL triumphs in Malaga!

The awards from the ZonaZine section of the 17th edition of the Malaga Festival of Spanish Cinema have been announced and IN DARKNESS WE FALL has taken home the “Biznaga de Plata” for Best Film as well as the awards for Best Actor (Marcos Ortiz) and Best Actress (Eva García Vacas).

The film, directed by Alfredo Montero and produced by Morena Films, has also caught the attention of the international festival circuit, after having its world premiere last January at the Rotterdam International Film Festival. The film later took part in the Miami International Film Festival in March and will participate in the Danish festival CPH Pix and Estonian genre festival HÖFF this April, before going on to have its Asian premiere at the prestigious PiFan festival in Puchon, Korea this July.

The film´s director, Alfredo Montero, had this to say about the Malaga award: “To win the award for Best Film with a horror movie in a festival that isn´t dedicated to the genre says a lot about IN DARKNESS WE FALL. I am extremely grateful to the Malaga Festival and to the Jury for its open-mindedness.”

The film is set to be released in Spanish cinemas this summer by Alfa Pictures and is distributed internationally by Filmax International.

Formentera; white-sand beaches, the crystal clear Mediterranean sea, unspoilt natural beauty and five friends looking forward to the holiday of their lives in this idyllic location.

On their second day on the island, the friends discover a hidden cave nestled into the side of a cliff and decide to go in and explore it. Filled with excitement and adrenalin, the friends start to make their way through the countless passageways that make up the cave. Before long, they realise they are lost. They try for hours to find the way back to the surface, but to no avail. They are trapped inside the cave’s huge labyrinth. Eventually they decide to spend the night inside the cave and start searching again the next day, once they’ve had some rest.

But days go by and they are unable to find their way out. Panic is starting to set in. They have no way of communicating with the outside world and no food or water. They’re not going to last much longer if they don’t find the way out soon. Faced with what seems like impending death, the friends are forced to take a drastic decision. As far as they´re concerned, there’s only one way to survive…

The law of survival of the fittest has never been more appropriate. 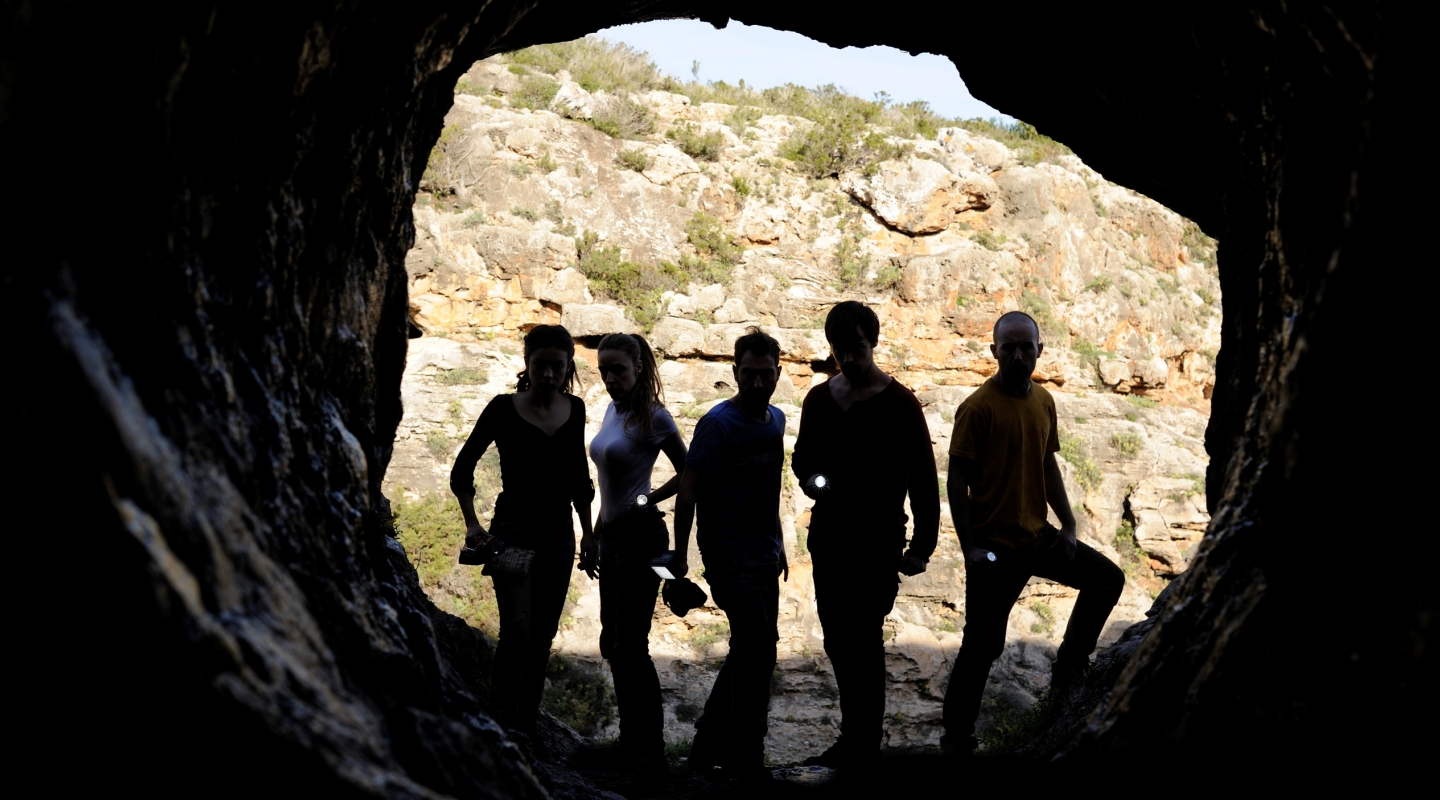