HBO Europe has closed a deal with Barcelona-based sales company Filmax for first window rights on “The Miramar Murders: The State vs Pablo Ibar” for Spain and Portugal, just before the true crime series world premieres at the San Sebastian Festival.

Created and directed by Olmo Figueredo, co-founder of Sevilla’s La Claqueta, which co-produced alongside San Sebastian company Irusoin, “The Miramar Murders” is a six-part doc-series examining the exceptional circumstances of a now 25-year-long legal battle surrounding a triple homicide in Miami in 1994.

At the time, the murders were the first in U.S. history to be recorded in their entirety on a home security camera system, resulting in unprecedented media coverage and national attention.

Spaniard Pablo Ibar was eventually charged and convicted of the murders, and later sentenced to death. In 2016, a judge ordered the case to be retried, citing a lack of evidence and due process the first time around. Following the decision, Ibar’s faced the daunting task of raising more than a million dollars to cover his legal expenses.

Over more than six years of filming, the series was granted privileged access to Ibar’s legal team and interviewed more than 50 individuals intimately involved with the case: Victims, relatives, lawyers, state prosecutors, witnesses, judges, police officers and Ibar himself. The documentary’s crew were the only cameras allowed inside the courtroom for the entirety of the process.

“We’re delighted that the series is going to be released in Spain and Portugal by HBO Europe, one of the most prestigious names in global television,” said Ivan Diaz, Filmax head of international sales. He added: “This is a great series, on a par with some of the best true-crime series ever made and we’re sure that it will travel extremely well outside Spain as well. At the end of the day, it’s also an American story, a Latin story and a show with many layers.”

Diaz went on to say that the series prompts reflection on “the idea of justice as an industry, one which is much more favorable to those who have the money to grease the wheels. It can also be seen as an essay on the death penalty and the different visions we have of justice in the U.S. and Europe.”

“We have had access to truly unique and exclusive content, including never before-seen videos, police photos, telephone recordings, legal documents and witness statements, but we have also had privileged access to Pablo’s final trial, being allowed to mike lawyers, judges and witnesses and install up to seven cameras inside the courtroom,” Figueredo explained of the Herculean effort required to head a project of this magnitude.

He continued, “In this series, which meticulously covers the 25-year-long legal odyssey that is this case, we don’t talk in the past, but in the present. We don’t tell the audience anything that cannot be shown and seen in real time, from the moment the home security camera captures the execution of the three victims in 1994, right up to Tanya Ibar’s faltering breath as she waits to hear her husband’s verdict in 2019.”

THE MIRAMAR MURDERS: THE STATE vs PABLO IBAR 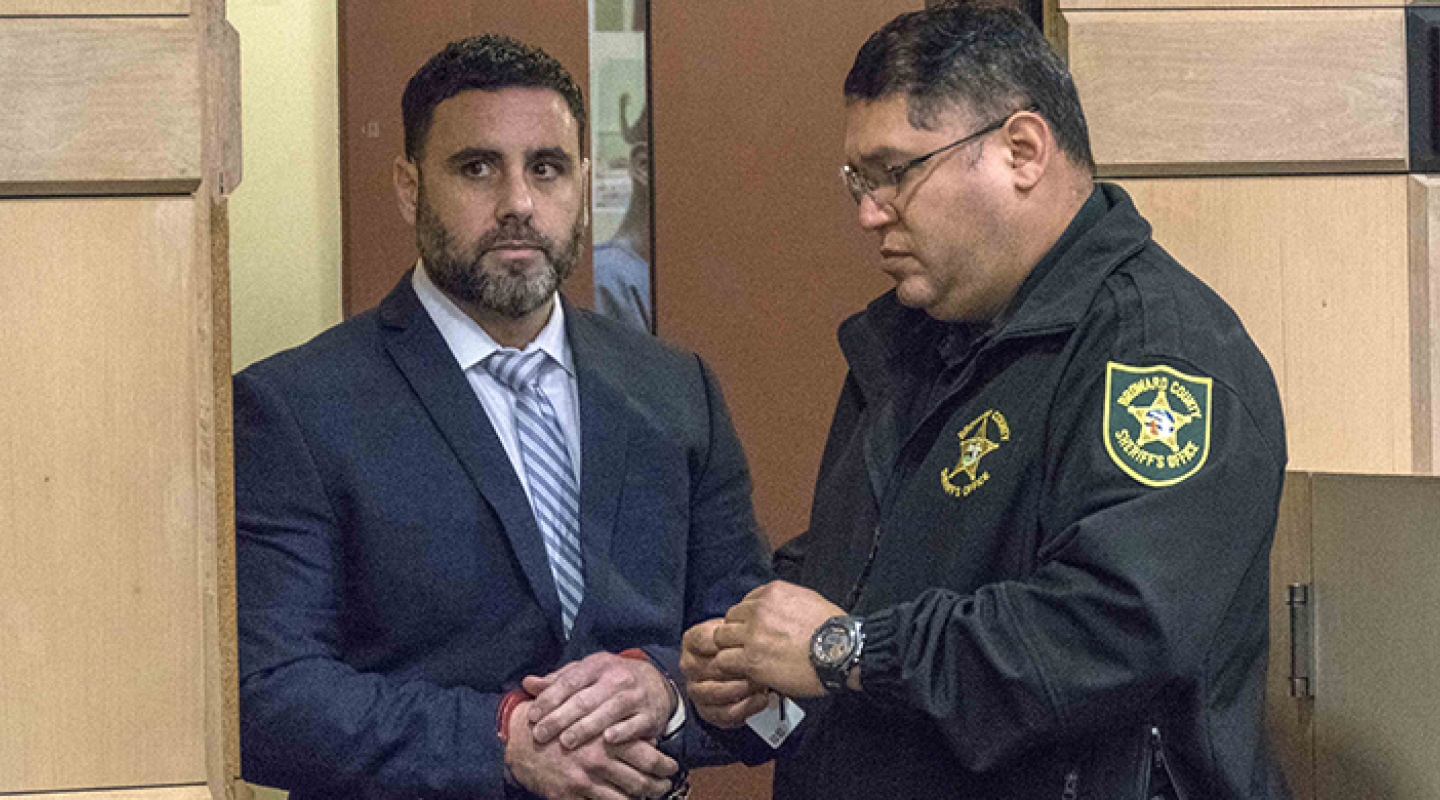