Isaki Lacuesta’s docu-fiction hybrid about the struggles of two brothers...

Isaki Lacuesta’s docu-fiction hybrid about the struggles of two brothers living in a poverty-stricken region on Spain’s southern coast took the award for best film at both the San Sebastian and Mar del Plata fests.

That Isaki Lacuesta is probably Spain’s most underrated film director is again confirmed by Between Two Waters, his striking, potently human follow-up to 2006’s The Legend of Time. In its use of growing people playing themselves, Waters features the same non-pros, loosely playing themselves, as 12 years ago, and thus forms part of a sequence (hopefully ongoing) that’s about as close to being a Spanish Boyhood as we’re likely to get.

Shot on film using hand-held camera throughout, Waters fuses the urgency, naturalness and empathy of insider documentary with the lightly worn artistry of well-told fiction in a primal story of masculine impotency set in a part of the world that history seems to have been abandoned. Though located within just a few square miles of southern Spain, Waters is also a powerful denunciation of social conditions at the margins everywhere, and as such merits the attention from non-Spanish markets that Lacuesta’s work has so far generally failed to achieve.

If this is indeed a Spanish Boyhood, then that boyhood is now well and truly over. Set in a couple of neighborhoods in Spain’s Bay of Cadiz, where unemployment is among Europe’s highest and selling drugs is the fastest way of making a buck — a sociological double whammy that impacts massively the life of the region — Waters picks up the story of two real-life Roma brothers, Isra (Israel Gomez Romero) and Cheito (Francisco Jose Gomez Romero). Twelve years on, things have not gone badly for marine Cheito, who has just returned to his family following a stint fighting Somalian pirates and living it up in Dubai and the Seychelles, but for Israel, things are grim — not least because his life, as it was in Legend, is still overshadowed by the death of their father. (The earlier film is repeatedly flashed back to by Isra in his more reflective moments.)

Released after three years, presumably for drugs-related offenses, Isra heads immediately to his own family, where he reunites with his daughters, the youngest two of whom don’t recognize him, and is turned away by his wife Rocio (Rocio Rendon) until he changes: It’s a sign of Isra’s tragically limited parameters (and of the film’s moral subtlety and pinpoint psychology) that he’s not even sure what she means by that. But he does know that he has to stay away from buying and selling drugs, the easiest option in that part of the world. Isra goes to live in a beach hut and seeks work at the docks and at the fish market, but finds that he’s under-qualified for those jobs; briefly he tries scooping shellfish from the estuary and selling it, as he has seen other unfortunates do.

When Isra’s not struggling to recover his life with Rocio and the kids and avoiding his mother, who shopped him to the police, he’s hanging out with Cheito, whose life — broadly speaking — is on the right track and who plans to become a baker, or with his friend Pollo, who’s been through similar trials.

But Isra will become increasingly desperate and drift back into his old ways. "I’m useless at everything except selling drugs," he declares. "That’s what I do." For balance and to bring out the parallels between the brothers’ stories, Cheito’s life, centered on his relationship with his wife Yolanda (Yolanda Carmona), is also dealt with, but inevitably in a more superficial way: The main dramatic cargo is carried by Isra.

Performances are credible even through the more obviously theatrical moments, presumably thanks to a combination of the actors’ natural skill and Lacuesta’s ability to bring it out of them; clearly there's a mutual trust between him and his subjects. And despite the fact it that probably runs 20 minutes too long, Waters is compelling for the simple reason that it feels true, real and human. This sense that we are watching raw, unedited material is paradoxically achieved courtesy of terrific editing by Sergio Dies, releasing rich patterns of underlying meaning.

But in Between Two Waters, what happens is always less important than the how and the why of what’s happening. These masculine frustrations are mostly revealed through lengthy energetic conversations between men who think they understand everything but actually understand very little about the forces governing their lives, because they’ve effectively been abandoned to their fate by the politicians. (If there's one criticism that can be leveled at Waters, it's that it traps its characters too tightly as mere victims.)

Certain motifs are repeated in this deceptively crafted piece of work. Body art as identity is key, as a way of sending out messages about how you want to be seen; there's nobody without a tattoo or two. Water is likewise everywhere, whether as the vehicle for the boats delivering the hashish late at night or the medium for religious purification or as the space for play — after they are reunited, Isra and Cheito head straight for the river under the bridge where they used to to hang out. At one point Isra turns a shopping trolley over a chicken, in a little-too obvious symbolic nod to his own limited life options. But one possible motif is glaringly absent: At no point in the film does anyone use a cellphone, which is a pretty clear indicator of just how removed from the rest of the world we are.

The enthralling score, by flamenco fusion veteran Kiko Veneno, is key — listen, for example, to the stunning electronic wall of sound behind Rocio as she gives birth to her third child near the start. And while Diego Dussuel’s busy, nervy photography is indeed fine as the fly on the wall, his sweeping aerial shots of the Bay of Cadiz at sunset are also there to evoke the broken beauty of this marginalized part of the world, where Europe and Africa seem to fuse into one. 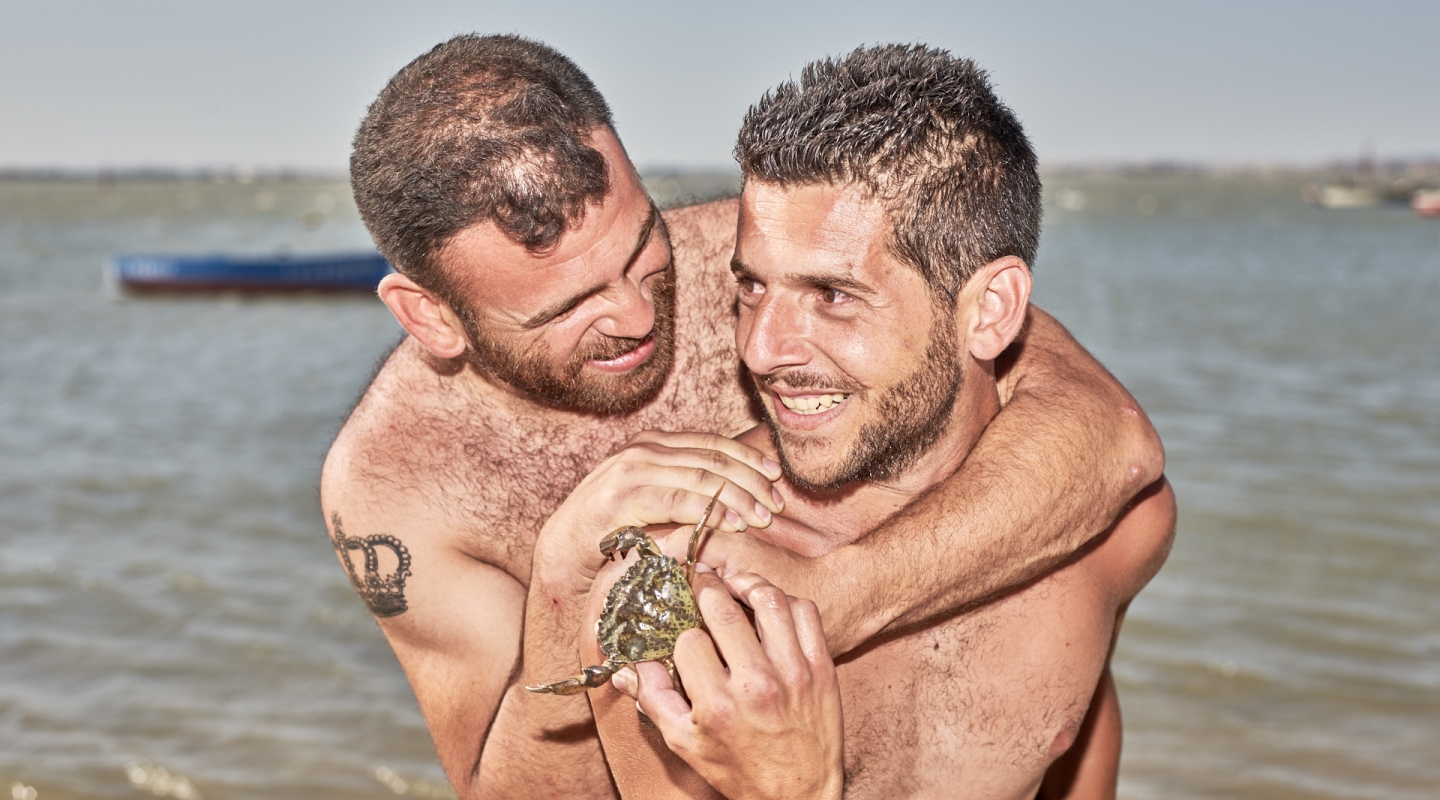